The American Heart Association recently reported that the majority of children are currently eating too much sugar in their daily diet. For a while, we’ve known the damages of excess sugar. Not only can it lead to obesity and diabetes, excess sugar can also lead to heart disease. The best way to combat unhealthy sugar habits is to start young, but it’s never too late to pivot toward a healthier lifestyle. Whether you are looking to make a snack your kids or just yourself, below are several healthy alternatives to sugary foods.

I grew up on sugary cereals like Frosted Flakes, Quisp, and Cap’n Crunch. It wasn’t until I was further in my medical career that I realized just how unhealthy these were. Instead of choosing sugary cereals that your body will burn through in a hot second, oatmeal or shredded whole grain.

Oatmeal: You can try this either hot or cold. If you’re making hot oatmeal, feel free to choose water or milk as a base. I prefer to start off with water and add my milk in further down the line. You can either add in water that has been boiled or add in liquid and set your oatmeal in the microwave, or even on the stove until it’s done (about 2 minutes with quick oats).

In my opinion, the best part of oatmeal is the customization. Once you have your base cooked, you can add whatever you want to the rest of it. I usually opt for fresh fruit and a dash of honey, but you could just as easily add peanut butter and cinnamon and even some chocolate chips.

If you’re interest in cold oatmeal, check out these overnight oats recipes.

Shredded Wheat: Shredded wheat cereals are another great base layer grain cereal. Just add milk and you’re set. Like with oatmeal, feel free to add whatever toppings you want.

Although ice cream has a lot of fat (and even protein in it!), one of the biggest calorie sources in these frozen treats is sugar. Next time you’re looking for a cold treat, try Nice Cream. Just freeze a couple of bananas for at least 2 hours, throw them in a food processor with a tablespoon of peanut butter and some honey and then you have yourself one healthy dessert. For the full recipe, check out PopSugar. 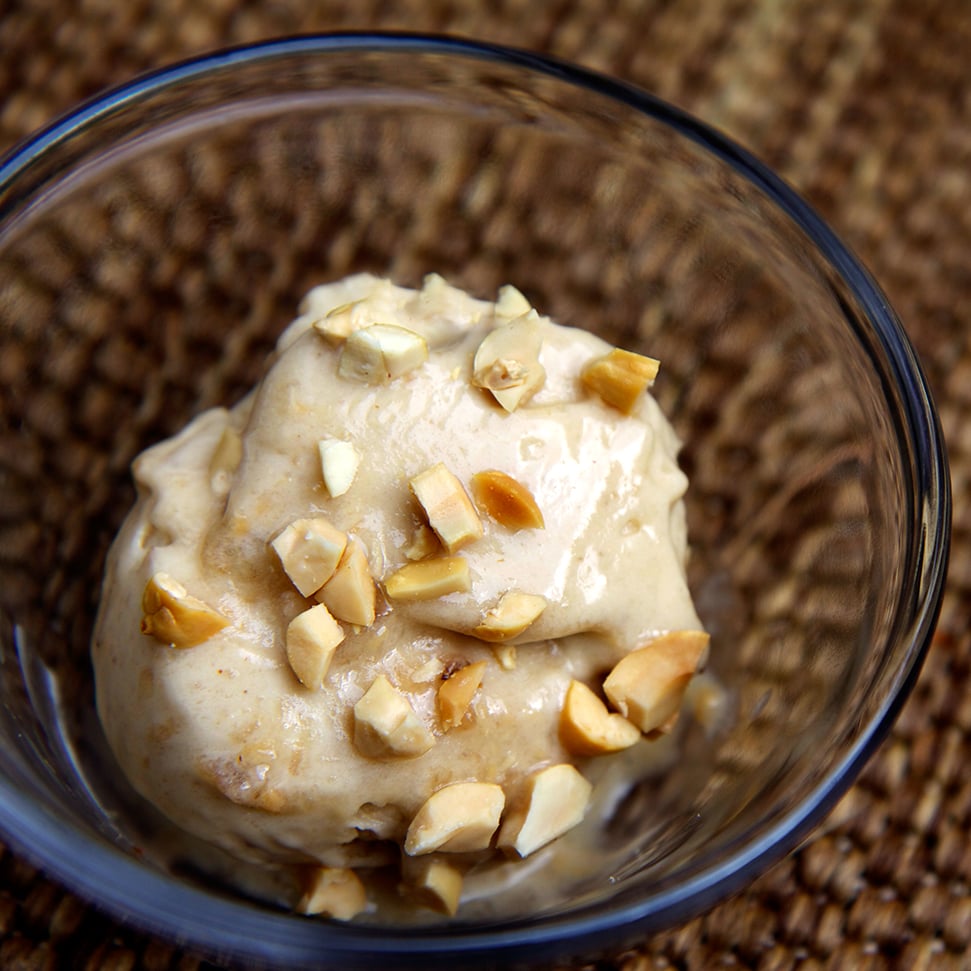 Admittedly, this might be one of the more unusual items on this list, but don’t let the odd ingredient throw you off. It’s really quite tasty! What makes this recipe so noteworthy is that it drop the refined sugars that you’d usually find in pudding for honey and coconut milk. This also happens to be gluten-free and vegan, so if you needed an excuse to try something in either of those two categories, avocado pudding isn’t so bad of a place to start.

For the full recipe, go to HowSweetItIs.com.

This one’s a twofer.

Number One: Although regular white flour pancakes might not be that sugary, they are made of simple carbs that your body will burn through real quick. Whole-wheat oatmeal pancakes will give your body the fuel it needs to stay fuller longer. Number Two: One place where excess sugar does work its way into a pancake breakfast is the toppings. Syrups like Betty Crocker and Aunt Jemima sure are tasty. I in fact grew up using them myself. But they are also made of unhealthy high-fructose corn syrups. Instead of those, try using honey, fresh fruit, and even a little drop of Greek yogurt.

Here’s a great recipe from SallysBakingAddiction.com.

Kids (and some adults) love Gogurt. Fruit-flavored yogurt definitely has its appeal, but unfortunately it’s often filled with excessive amounts of refined sugar. Greek yogurt on the other hand is mostly protein and healthy fats. Next time you’re craving a sweet yogurt snack, try making a healthy Greek yogurt parfait with natural honey, granola, blueberries, strawberries, peaches and even a little bit of peanut butter.

For a comparison of just how the two compare nutritionally here’s a chart from EatingWell.com:

When it comes to cutting back on sugar, these items just scratch the surface. The truth is that there are a number of ways to cut back on a sugary diet. Hopefully you’ve found these specific options inspiring and appealing.